The power of place-based learning

At HPA, we embrace our unique location to create extraordinary learning and personal adventures that will expand your academic skills and perspective on the world. We are inspired to mālama kaiāulu and seek more sustainable ways of living by the power of this place. On Hawai‘i Island, you can go from the snow-covered top of Maunakea at 13,803 feet (4,701 meters) to the white sands of Hapuna Beach in a single day. We are surrounded by 11 of the world’s 13 climate zones; three active volcanoes (at a safe distance from campus); precious marine ecosystems; a dynamic mix of Hawaiian and world cultures; and limitless possibilities for outdoor fun. Come explore with us!

Our youngest students explore their island home through field trips, service projects, and recreation. We begin with the Ulumau Garden right outside our classroom doors, where students are introduced to geography, history of the island, and the surrounding ecology. Our Hawaiian studies curriculum fosters a deep sense of connection to this land—as practiced by the ancient Hawaiians and for those of us who are fortunate to be living here today. As students progress through the grades, they travel further afield, to places such as Volcanoes National Park or the Kohala Institute, always with a focus on sustainable living practices, as well as culture, science, history, and other themes.

Students deepen their engagement with our island as they take on greater ownership of their own learning. Hawaiian studies continues to be a central and powerful thread running through each year. By Middle School, students can sign up for training with our renowned Sea Turtle Research Program, as well as scuba lessons, coral reef study, and horseback riding on the slopes of Maunakea. Each year, Theme Week includes place-based learning options that immerse students in the history, ecosystems, and communities around us.

Boarding students from the U.S. mainland and 25 nations join day students from Hawai‘i to create a school community that is as multicultural as our island. At this stage, students frequently undertake independent projects, and these are typically grounded in the ecology, geology, culture, or communities that surround HPA. Through the outdoor program and service learning, we explore and care for all the life that surround us. Hundreds of activities are offered throughout the year, including snorkeling, surf lessons, hiking, camping, stargazing, and horseback riding. 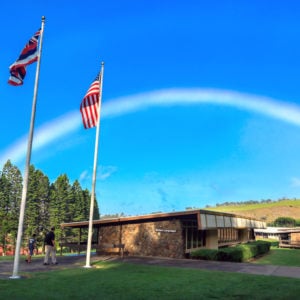 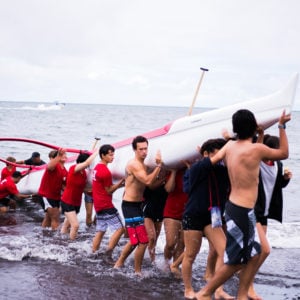 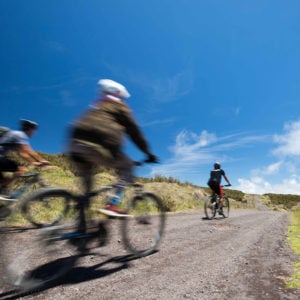 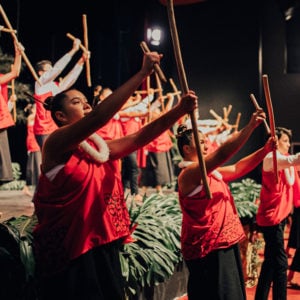 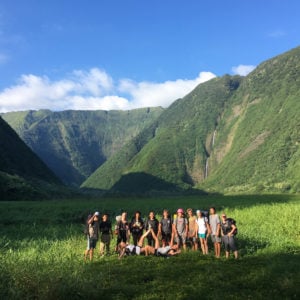 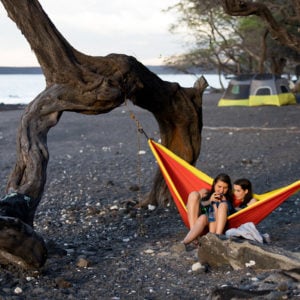 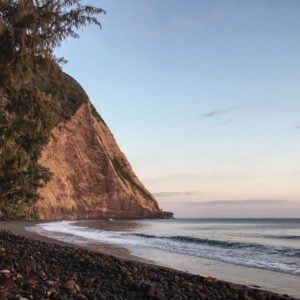 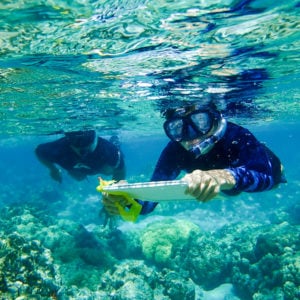 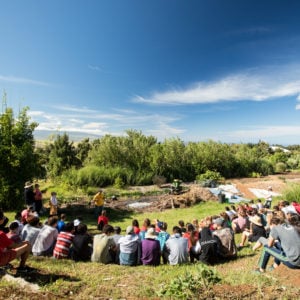 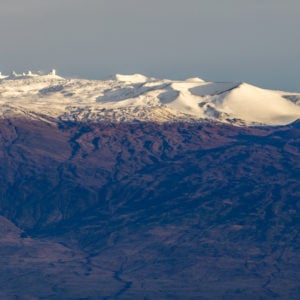 HPA is nestled between the Kohala Mountains and the slopes of Maunakea in our hometown of Waimea (also called Kamuela by the U.S. Post Office). We are approximately 2,600 feet above sea level (814 meters), and our elevation keeps us several degrees cooler than the coastal towns, yet the ocean is easily accessible. For HPA alumni, this unique place remains a source of lifelong memories, personal inspiration, and spiritual strength. From the first moment, you will feel the pull of this land, and the warmth of our two campuses. The Village Campus houses our Lower and Middle Schools in the heart of Waimea; the Upper Campus is home to the Upper School, where grassy hills offer views of both mountains and ocean. 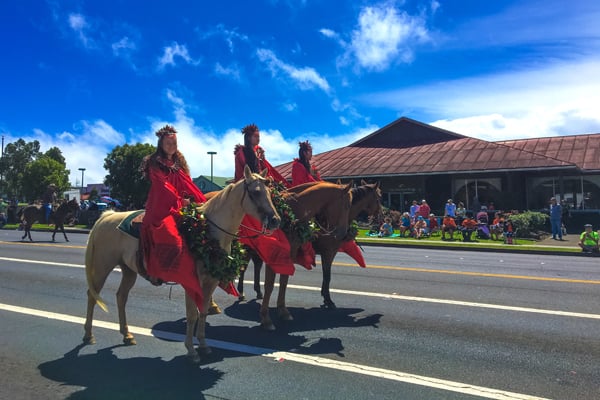 With a population of 9,200, Waimea has a modest downtown and modern amenities that include grocery and drug stores, fine and casual dining, shops and boutiques, and the state-of-the-art North Hawaii Community Hospital. Some of the world’s largest optical and infra-red telescopes have their headquarters here. The Kahilu Theater hosts concerts, plays, and films, while the famous Parker Ranch continues the agricultural traditions of our paniolo region. On Wednesday evenings and Saturday and Sunday afternoons, HPA provides buses to take students into town. 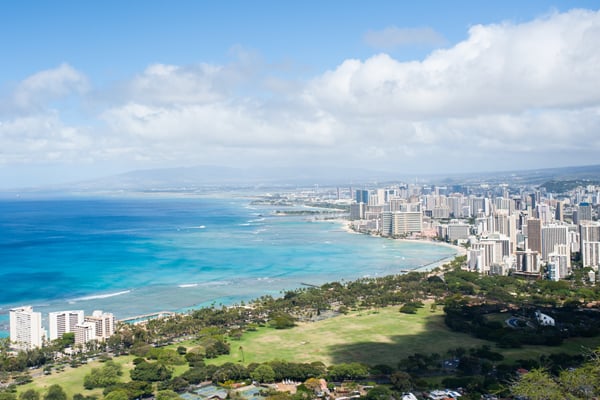 Hawai‘i is the 50th state of the United States, and it reflects the economy, governance, and cultural aspects of any other American state. At the same time, it also reflects the resilient and living heritage of native Hawaiians, as well as the heritage of successive waves of traders, missionaries, immigrants, and others from around the globe. Eight main islands hold most of the state population, roughly 1.4 million people. Of these islands, Hawai‘i Island (where HPA is located) is the farthest east, and is often called “the Big Island,” to distinguish it from Hawai‘i the state. Our state capital is Honolulu, on the island of O‘ahu. Honolulu is also the major commercial aviation hub. All of our main islands are connected via airline access. On Hawai‘i Island, the nearest international airport to HPA is Kona (KOA), about a 45-minute drive from campus. The city of Hilo also has an international airport (ITO), about 1 hour and 20 minutes away. 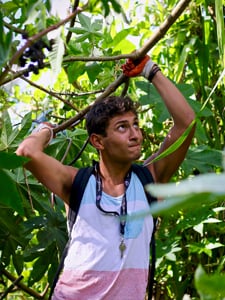 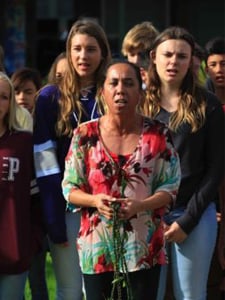 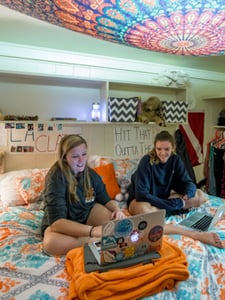 If you decline, your information won’t be tracked when you visit this website. A single cookie will be used in your browser to remember your preference not to be tracked.
Privacy Overview

If you decline, your information won’t be tracked when you visit this website. A single cookie will be used in your browser to remember your preference not to be tracked.