Hawaiʻi Preparatory Academy was founded on March 12, 1949, when Bishop Harry Kennedy of the Episcopal Church and a group of Hawai‘i Island citizens signed the articles of incorporation for Hawai’i Episcopal Academy. Since then, the school has grown from five boarding students in a World War II building to about 600 students on two campuses encompassing more than 220 acres adjacent to the world-famous Parker Ranch. From its early days, the school was coed and served both day and boarding students in grades seven to twelve.

In 1954, James M. Taylor left Choate School in Connecticut to become headmaster, bringing with him strong values and educational ideals. For the next 20 years, HPA would thrive under the direction of Taylor, who believed strongly in both academic excellence and the development of character.

In 1957, two Honolulu firms pledged substantial financial assistance and the church gave its direction to a new governing board. The school was then independently incorporated and the name changed to Hawai‘i Preparatory Academy. The board of governors purchased 55 acres in the foothills of Waimea and announced their plans to build a new campus. Iconic Honolulu architect Vladimir N. Ossipoff was hired to plan the campus site and to design HPA’s core buildings.

HPA acquired the Waimea Village Inn in 1976 and transformed these buildings into HPA’s Village Campus, which now houses HPA’s Lower and Middle Schools in the heart of Waimea, serving kindergarten through eighth grade.

Today, HPA serves not only students from Hawai‘i, but a broad cross section of our global human family. We believe Hawai‘i has much to teach the world—from sustainability leadership to multicultural inclusion to scientific breakthroughs. Surrounded by some of the rarest species and ecosystems on our planet, as well as centuries-old Hawaiian wisdom in agroecology, wayfinding, and many other arts, HPA is a place to gain both academic skills and life-long passion and perspective. Our graduates leave here ready to thrive in college and, ultimately, to shape their professions and communities, no matter where life takes them. 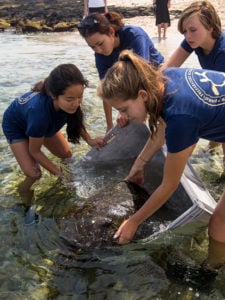 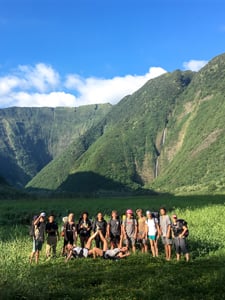 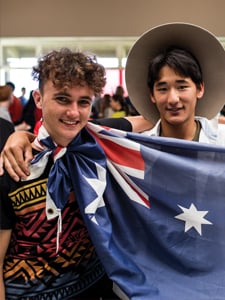